Nearly every cuisine around the globe claims a place on the grill, especially current favorites like Japanese, Korean, Brazilian and Eastern Mediterranean. Our continued fascination with international street food—think grilled sausages and skewered meats—is a perfect invitation for the mix-mashing of globetrotting ingredients and culinary styles.

Grilling is the centerpiece of Japanese cooking with a variety of grilled dishes and accompanying flavors. Yakitori, grilled and skewered chicken served with sauces, is grabbing the attention of Westeners. According to Datassential, 66% of consumers are likely to purchase yakitori from a grocery store or restaurant.

In 2018, South Korea will host the XXIII Olympic Winter Games. Consumers around the globe will continue to take notice of the flavors of this unique region with a rich food culture. Korean BBQ has emerged onto the food scene influencing everything from burger to chips.  Bulgogi, a popular Korean dish of grilled strips of beef, pork, or chicken in a bold marinate has grown approximately 71% on US menus over the past four years (Datassential MenuTrends, 2016).

The world has certainly shined a spotlight on Brazil lately with the 2014 FIFA World Cup and 2016 Summer Olympics, illuminating the vibrant flavors and traditions of a dynamic melting pot culture that includes European, African, Asian and native Amazonian influences. Many Americans associate Brazilian cuisine with grilled meat, or churrasco, with is often served with chimichurri sauce.

The Greek gyro is the most familiar fire-roasted dish from the Mediterranean. Cousin to the gyro is the Eastern Mediterranean shawarma which refers to spiced meat roasted on a spit, shaved and served with pita bread. As street food fascination grows in the US, consumers are being introduced to shawarma in its traditional sandwich-type form. The warm spice blend that accompanies the meat is very versatile and can enhance both sweet and savory applications.

Help your consumers stamp their culinary passport and explore the latest wave of globetrotting grilling flavors. From snacks to sauces, the following profiles add ethnic sizzle to your portfolio:

Partner with McCormick Flavor Solutions to deliver ethnic sizzle in your portfolio. Learn more about our flavor solutions, including process flavors which can replicate global grilling profiles. 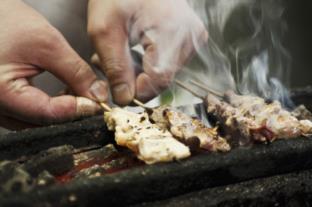 Is Izakaya The Next Big Thing? 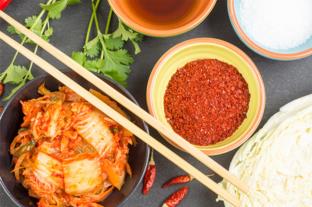 Beyond BBQ: Your Next Best-Selling Korean Flavors