Once upon a time, vegetables only starred in a dish as a “vegetarian option” hidden at the bottom of the menu. As a side to a main entrée, they were generally just along to fill the plate and usually suffered from a total lack of inspiration. It was very rare to find a vegetable as a star ingredient in a packaged snack.

But not anymore. Vegetables are breaking free of their second-class status and taking over the center-plate and center-store in ways that are pleasing vegetarians and omnivores alike. A new generation of chefs are embracing the high quality of seasonal produce by cooking up vegetable dishes that are exciting and enticing. Similarly, veggie profiles are having leading roles in packaged snacks from chips to savory yogurt. Consumer taste buds have been awakened and now they expect great vegetal flavor at restaurants as well as in their purchases for at-home meals, snacks, and beverages.

As vegetables already have complex tastes all their own, it’s easy to further enhance their flavors with a little something extra. Layering them with light touches of spices, glazes and other flavor boosters transforms them into bona fide hits that stand up on their own. Look to international cuisines for inspiration, as many cultures have been perfecting vegetable-focused global flavors for centuries. The blazing heat of North African harissa balanced with a touch of sweet honey creates a tidal wave of intense flavor that complements hearty Mediterranean vegetables. Try coating cubed eggplant with the mixture before roasting at high heat, adding yet another flavor layer through caramelization, then pairing it with some delicate grilled fish or topping some nutty ancient grains for a hearty and satisfying bowl.

For more globe-trotting inspiration, turn to the aromatic curries of Southeast Asia, which allow you to simultaneously experience a multitude of flavors in a single bite. Red curry paste balances intense heat from red chilies with fragrant coriander and galangal along with bright lemongrass and cilantro, shrimp paste for umami, and a host of other spices and aromatics that instantly add multiple sensory layers to any dish. It pairs beautifully with all types of squashes, from light summer zucchinis to hearty winter kabocha squash. If there are no vegetarians at the table, you can kick it up even further with some crispy diced pancetta, which adds a welcome textural contrast with light hints of salt and smoke.

Vegetables aren’t just raising their profile in restaurants—they’re also taking the grocery shelves by storm. The past few years has seen an emerging trend of new plant-based “better for you” options in snack flavors: chickpea crisps, sweet potato chips, chia drinks, sprouted foods, flax seeds, bean bars, and beyond. A key element is the addition of spices, herbs, and extracts that entice consumers with familiar flavors, bringing these items out of the health food store and into the mainstream.

Vegetables have become an unexpected hero of the beverage category as well, becoming a larger and larger section of that market. The culinary approach to beverage creation increasingly appeals to consumers, who appreciate savory juice bar drinks made with kitchen ingredients such as vegetables, spices, and herbs. Juices, smoothies, and other beverages benefit from the nutritious, full-bodied flavor of these additions.

With plant-based flavor delivery featured front and center in more and more culinary creations, vegetables become that much more important to flavor creation and delivering consumer delight on a new level. The creativity inspired by vegetables encourages innovation in all flavor categories, both in restaurants and at home. 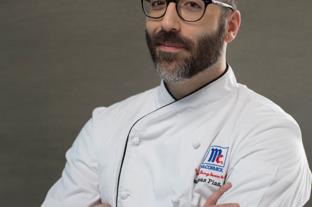 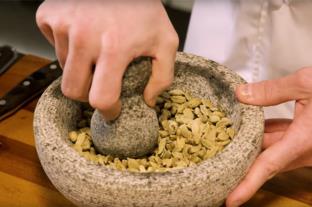